The Outsiders are a group of Languedoc-Roussillon wine producers. Working in the south of France, they create exciting wines which make full use of the region’s highly diverse soil types, climatic conditions and grape varieties. The group’s members come from the UK, Ireland, the Netherlands, Switzerland, New Zealand, Australia, Sweden, the USA – and France. What they have in common is a conscious decision to relocate to this part of France to start a career in wine, recognising the potential of Languedoc-Roussillon’s terroir. Coming from “outside” means having an alternative perspective, which can translate into doing things a little differently... For example, thinking outside the box. Why not try the Outsiders - Case of 6 ? 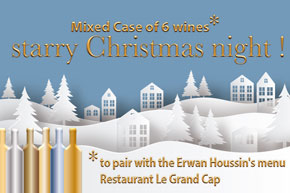